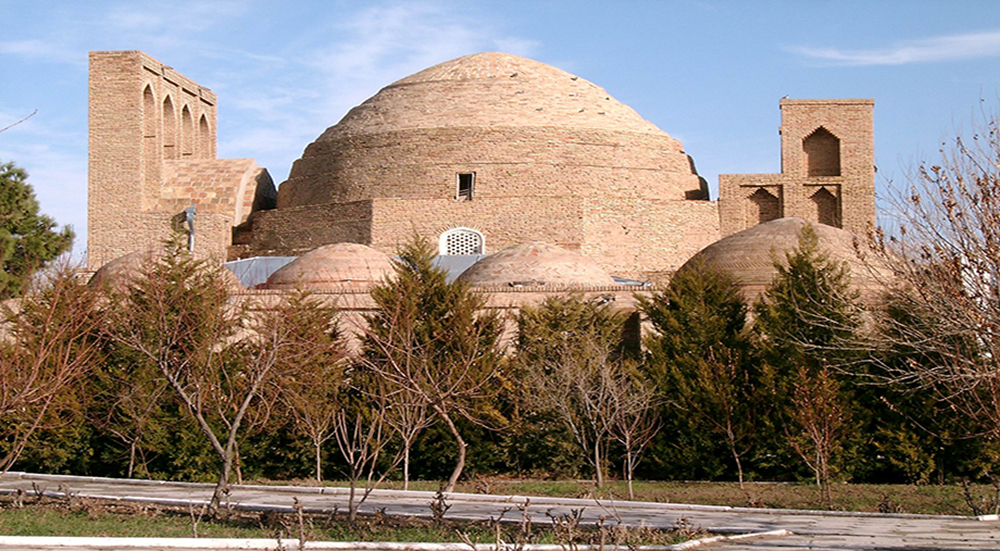 Termez is one of the ancient cities of Central Asia, which evolved throughout the history on different places around the modern city, reflecting multiple cultural layers depicted in remains of historical sites. The cultural heritage that was developed from the inception of the city was completely destroyed by Genghis-Khan in 1220, after the city refused to surrender peacefully. A new city was erected to the east of the old town. Rui Gonzales de Klaviho, the ambassador sent by Castilian King Henry III to Amir Temur, gave the best description of this new town: “entering the city, we were going so long crossing squares and crowded streets that we came home tired and angry. A new location was established in the XIX century; Termez had been growing to the south of the late medieval location, closer to the Amu Darya. Thus, Termez should be considered as a large aggregate, the compound parts of which extended in the space and in time on a vast territory surrounding the Amu Darya, the history of which is the history of Termez itself. Such agglomerations are typical for Central Asia cities. Such cities as Marakanda – Samarkand in Sogdiana, Marv Bayram-Ali in Margiane, Binket Tashkent in Chach, Nesef Karshi in Nahshab and others are examples of this phenomenon. The reasons for such movement inside one locale are various: devastating wars, changes in the sources of water, and social and religious crises. Termez is located in the heart of the legendary Bactria region, on the bank of the powerful Oxus, the Amu Darya, the waters of which were blessed by the river god, Oakhsho. These waters have been flowing to the north for centuries in Khwarazm, no less legendary there, and blessed by Zarathustra. On both sides of that river several millennia ago, in the Bronze Age, a great civilization was formed. It was called Bactria. Later it became a distillation of the great cultures of the East, the symbiosis of eastern and western civilizations incorporating ancient Iranian, Hellenist, Indo-Buddhist, Turkic and Arab Moslim influences. The Arabs conquered the capital of Bactria (Bactra), which had another name, Bokhlo, and then in the Middle Ages, Balkh. They named that city “Um al-Bulad” meaning, “The Mother of Cities,” as they discovered the millennium of history of the Bactrian civilization. It was an ancient capital, a mother that had given birth to other great and historic Bactrian cities. Some of them fulfilled their ancient destiny and survive to the present only in ruins, while others were able to surmount the obstacles of modernity and exist today as living, vibrant towns. Among them is Termez, a city that history protected and is protecting now. Termez has gone through great changes throughout its history. It was restored from ruins and fire, it was moved from one place to another. In the period of Independence, it became a flourishing modern city, the main advanced post, the South Gate of Uzbekistan. Before that there had been millennia of history. The first builders of the city, the Bactriaris, were wise people who placed the city in a sparsely populated area, which was covered by the tugai plant. First, in the location of modern Termez, there was a small settlement in V-IV c. B.C. It was discovered by archaeologists in the area of the railway station. This settlement didn’t play a great role in the system of settlements in Bactria, as the main road from Bactria to the north ran 20 km. to the west of Termez. The village of Shurob was located at the main river crossing through the Oxus. To protect this crossing the ancients built a castle, called Shortepa. This was along the road on which Alexander the Great passed on his famous march to Sogdiana and its capital Marakanda. Here on the place of Kampirtepa he founded Alexandria- Oxiana, which was sought by several generations of historians. Now, with the discovery of a powerful system of defending walls and gates dating back to the end of IV-111 c. B.C. on Kampirtepa, the arguments can stop. Later, during the reign of Demetrius (200 – 185 B.C.) of Greek-Bactria, a new development of the settlement took place at

Old Termez, especially in its citadel. The fact that Demetrius conquered northwest India and probably ruled over Sogdiana as well hastened the development of the area, as Termez was located on the most logical road between the two territories. By means of this highway, Demetrius joined the two sides of his kingdom, Gandhara and Sogdiana. And the main intermediate place between these were Termez and the river crossing through the Oxus nearby. The next Greek-Bactrian rulers, Agathocles, Evcrtatides, and Heliokles, lost Sogdiana but held on to Bactria and Gandhara. They continued to pay much attention to Termez, as the main road connecting India and Central Asia ran through it. Thus, from the early period of its existence, the two main functions of Termez were defined. They have guaranteed its importance and prosperity. They were the protection of the very important Oxus River crossing and the servicing of caravans. The military and defensive functions of Termez insured its importance in the middle ages. It was a castle that protected the northern and southern boundaries of various states. Likewise, this function of Termez is very important today. This city is the main advanced post of Uzbekistan on its southern border. The Yuehchi-Tohari created the great Empire of the Kushanids. This empire was in the same class with China, Rome and Parthia in its military power. The Kushanids realized the importance of Termez. Termez and neighbouring Kampirtepa controlled not only the roads running to the north, but also the most important trade road running from India along the valley of the Oxus, the Amu Darya, to M’argiana and Parthia. From there travellers passed over the Caspian Sea to Riona the modern Georgian city – Poti and crossed the Black Sea to Rome. Roman historian Pliniy wrote about this road, on which people carried important goods. He of it in 127 – 116 B.C. quoting Varron, and other ancient scholars who had written it. Parthian rulers realized the importance and benefits of this road. They conquered Kampirtepa in 51 – 37 B.C., in the period of Orod H’s reign. They made it the advanced post of Parthia in the east, in the valley of Oxus. In the reign of the 2nd Kushan ruler, Vima Tokto (Soter Megas), in the 2nd half of the century A.D., the Yuehchi-Tohars recaptured Termez. Under the great Kushan ruler, Kanishka (the first half of the 2nd c. A.D). Termez gained an additional function – a philosophical one.

For several centuries it served as the main centre of Buddhism in Central Asia. Missionaries travelled from Termez through the iron gates to Sogdiana on the northwest along the valley of Oxus to Margiana and to the northeast through the Pamir and Alay mountains to Serindia( (Eastern Turkestan). They carried the doctrine of the Buddha there and into China and Tibet as. Historical documents contain the names of Toharists professing Buddhism in China, including the names of people who translated Buddhist works from Sanskrit into Chinese. . The accounts of the activities and influence of these monks demonstrate that Termez boasted a productive and intellectual atmosphere in the early centuries. This was also shown when the outstanding personality Muhammad AH Hakim at-Termizi appeared. He is greatly respected in the Moslim world. He was not only a Moslim mullah, but also a distinguished scholar – theologian. His works influenced the development of sufism, in the fabric of which are some doctrines of Buddhism. It is probable that Hakim at-Termizi knew the works of the Toharist Buddhists monks, which were written in Sanskrit and in Bactrian.