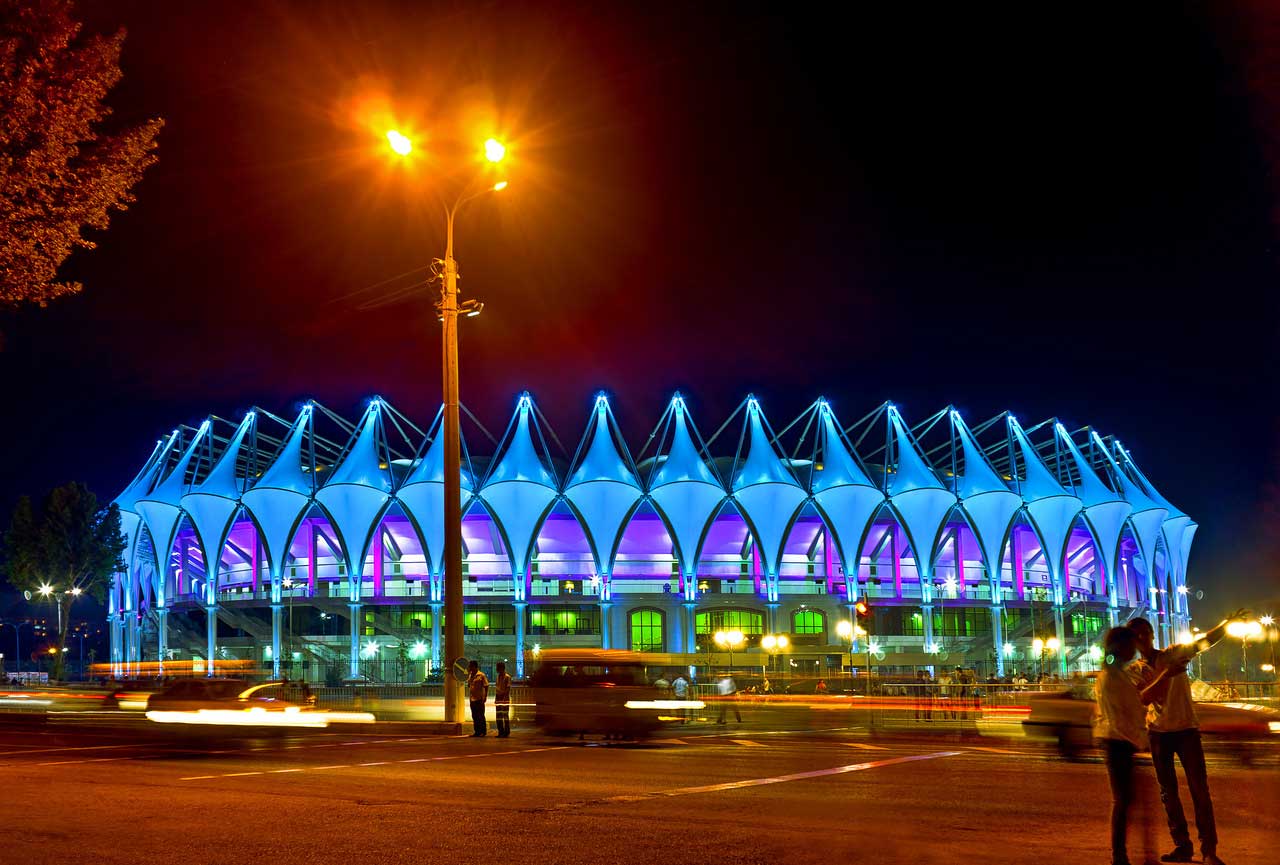 Tashkent is the capital of the Republic of Uzbekistan and one of the most ancient cities appeared on the Great Silk Road from China to Europe. First information about Tashkent, as a settlement, was in the ancient eastern sources in the second century BC. In China sources it was called Yuni; in the inscription of the Persian king Shapur I the Tashkent oasis was called as Chach; in the transcriptions of some China sources the city also was called Shi, and the Arabs called it Shash. According to Beruniy and Mahmud Kashgariy, the name Tashkent appeared in the Turkic sources of 9-12 centuries. In Russia in the 15th century it was known as Tashkura.

As far as in the ancient times the advantageous geographical location and favorable climate made Tashkent one of the main points on the Great Silk Road. As an evidence of it Uzbekistan archeologists found remains of the ancient settlement of Shashtepa, located in the southern part of modern Tashkent and irrigated by the Jun channel. They discovered ruins of defensive walls and remains of mud brick buildings. Outside defensive wall of the citadel included underground corridor and was designed with tower ledges, which were built under all fortification standards of that time. The main square of the old part of the city, Chorsu Square, appeared in the 9th century. Trade Roads led to Chorsu Bazaar from all gates and gradually transformed into shopping streets. This square was the traffic and trade center.

Tashkent. Early 20th centuryLater Chorsu square was reconstructed and now has the new appearance. The Kukildosh Madrassah was built on the square in the 16th century. Also it includes the Department Store, the Central Pharmacy, Chorsu Hotel and other modern constructions. Mahallyas (residential quarters), surrounding the square and shopping streets, were named after craftsmen and people, who lived there. For example, the Padarkush Mahallya in the Shaykhantaur district was called earlier “Buzchi Mahallya”, which means “the district of weavers” (now it is the micro-district C-13). There were other mahallyas close to Chorsu square: Arka-Kucha on the north, Dukchi, Zandjirlik on the south, Pushtibag on the west, Kudukbashi on the east. Deroz Mahallya got its name from “Degroz”-“district of foundry men”. It included 20 cast-iron workshops. Ahunguzar Mahallya in the Sebzar district meant “the district of blasksmiths” and included a great number of blacksmith’s workshops. Tokli Jallob Mahallya got its name due to cattle-traders.

Tashkent chiming clockSince Tashkent was the city of rich merchants and craftsmen, the major part of buildings were mainly caravanserais, mosques, and mausoleums. The earliest buildings that reached our time are mausoleums built along the caravan roads. They were erected in honor of saint sheikhs. These monuments of Tashkent history were not only the places of worship, begging and trading, but also the original landscape, decorating a long boring way through desert roads. Totally in Tashkent and along the routes, leading to the capital there are about ten mausoleums preserved to this day.