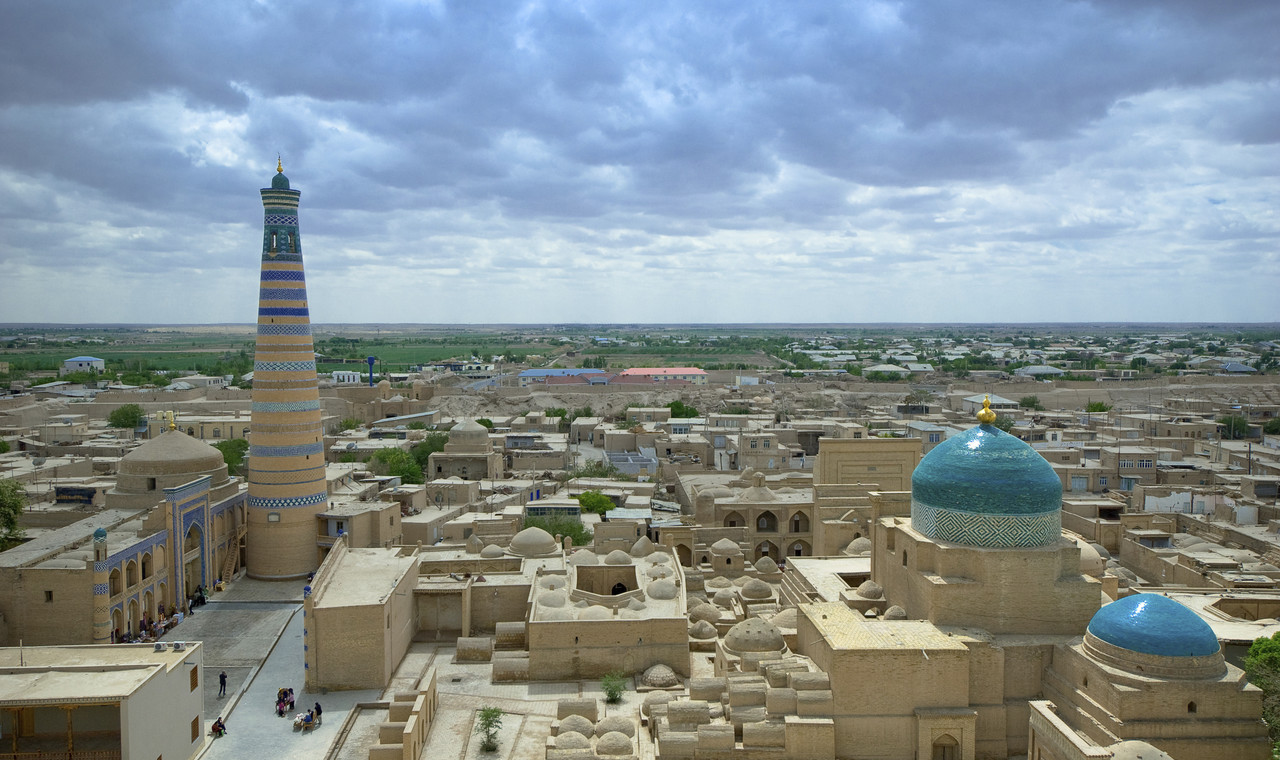 Khorezm is one of the most ancient historical and cultural regions of Central Asia. In written sources of the Arab conquest period, Khorezm is called a country of “tens of thousands of fortresses”. In fact, today in the Khorezm region archaeologists have found dozens of ancient cities, ruins of former powerful castles and royal palaces. The most famous of them are Toprak-Kala, Janbas-Kala, Koy-Krylgan-kala, Kyzyl-Kala and Ayaz-Kala (“Kala” is translated as a fortress.) Even today, the colossal sizes of the ruins impress with its magnificence and power. Thousands of fortresses spread over vast arid steppes and as gigantic statues keep the secrets of Ancient Khorezm.

Khorezm attracts not only with numerous ruins of ancient and medieval fortresses. It can rightly be considered the homeland of one of the oldest world’s religions – Zoroastrianism. The researchers of Avesta, the holy book of Zoroastrians, believe that this ancient religion appeared on the territory of the Great Khorezm (it included Khorezm, Turkmenistan, Afghanistan, until the north of Iran). There is a disagreement as to exactly where Avesta was written, but most scholars believe that it appeared on the territory of modern Khorezm.

Toprak-Kala, KarakalpakstanOne of the most interesting mysteries of the history of Ancient Khorezm is an issue about the identity of the concepts of “Aryan nation” and the Great Khorezm. The issue of the origin of the Aryans and their original habitat still remains one of the most mysterious in the history of mankind. Many nations in Asia and Europe have tried to prove their belonging to the Aryan race, but only the area of Great Khorezm matches with geographical and natural conditions specified in the Avesta as “Ariana Vaychoh” – the habitat of the Aryans.

Khorezm played a great role in the development of caravan trade, which in the Middle Ages linked different nations and countries, remote from each other by thousands of kilometers. Caravans to China and Mongolia went from Urgench, through the Kyzyl-Kum, the Syrdarya and to the east. Another trade route linked Iran and Central Asia with Eastern Europe. Urgench was the northern outpost and a major market and craft center of this route. Leaving Urgench, caravans went to far countries, road to which ran along the empty and waterless areas: to the Syr-Darya, to the Caspian Sea and, more importantly, to the countries of Bulgarians and Khazars in the north-west. Goods, imported from those countries, were brought to the Khorezm markets, and then went further along the caravan routes.

The way of trade caravans from Urgench to the north-west through the Ustyurt Plateau was very difficult because of geographical and natural conditions, but despite that every 25 – 30 km, caravanners and guards, accompanied the caravan to protect against the nomads, could find water and food for the camels and a place to sleep.